In recent years, the rise of manpower and raw materials has brought tremendous pressure on China's manufacturing industry. Coupled with the fact that developed countries are trying to replace China's manufacturing with highly automated technology, some awakened companies have begun to upgrade their automation to improve their productivity and reduce their productivity. cost. Machine automation has become the development direction of the global manufacturing industry, especially the robot industry has developed rapidly. It is predicted that by 2015, the demand for the Chinese robot market will reach 35,000 units, accounting for 16.9% of the global total, making it the largest market in the world.

With such a huge market, the automation industry giants are all eyeing and entering the Chinese layout. At the same time, the boom of the robot industry has been set up in various parts of China, but the competitiveness is quite different from that of foreign robots, especially the parts of robots. At present, most of the parts of domestic robots are imported.

In the robot industry, Xiaobai knows the fact that the precision reducers used in industrial robots around the world are basically monopolized by Japan. In recent years, although there are mass-produced RV reducers in China, few domestic robot companies have chosen them. Reducers in the Chinese market are generally dependent on imports.

Why is this? Is it still technically impossible to replace foreign products, or is it too costly for domestic robot companies to accept? Or is it both? Let us listen to what engineers say.

Technology: can be used, but the mechanical life will not be long

In the advanced equipment that China is trying to manufacture independently, there are similar problems, and the performance indicators can meet the requirements in the short term, but due to quality control and process problems, it is easy to wear and scrap. 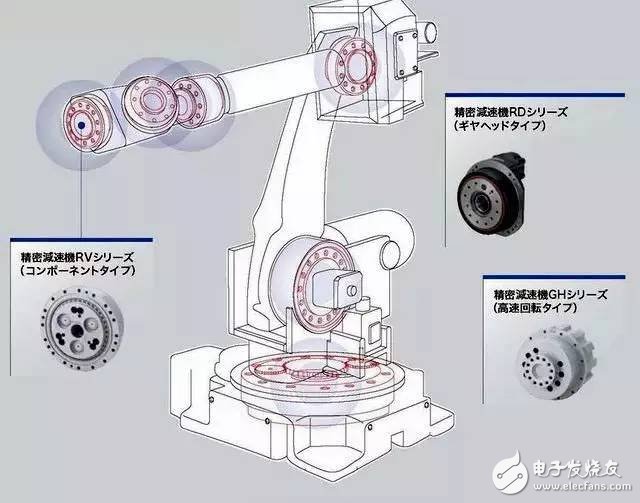 All we can do now is to disassemble the decomposition analysis from the purchase of the product and carry out the reverse engineering, knowing it completely but not knowing why. To give you an example, in the 18th century, Europe's glassware and optical glass used to lead the world, because its glass pure medium is uniform, ensuring that light does not refract in the case of uneven media, affecting optical performance. . Craftsmen from other countries will always want to understand the reasons, but they have not cracked their mysteries. Later, it was not until the 20th century that this method was fully disclosed, that is, the glass was heated in a hot melt for a long time, and the stirring was continued. The angle and method of mixing speed are also very particular, but, if you don't know this, it is difficult and breakthrough before.

There is such a true story: Suzuki Motorcycle, a well-known Japanese motorcycle manufacturer, has a joint venture manufacturing plant called Jiangmen Dachangjiang Suzuki Motorcycle Manufacturing Co., Ltd., which was founded at the beginning of the construction of the Zhaoqing branch in China. I have a strange thing. Their 250cc, 59-horsepower motorcycle engine assembled in China is only 55 horsepower. The lost 4 horsepower does not know where to go? The materials are the same, and the real production process is the same. Later, it took about a full year to carry out the TQM implementation and rectification, and then slowly recovered the four horsepower differences, which involved strict process specifications. And quality control engineering is a place where industrial technology is not a sloppy place. 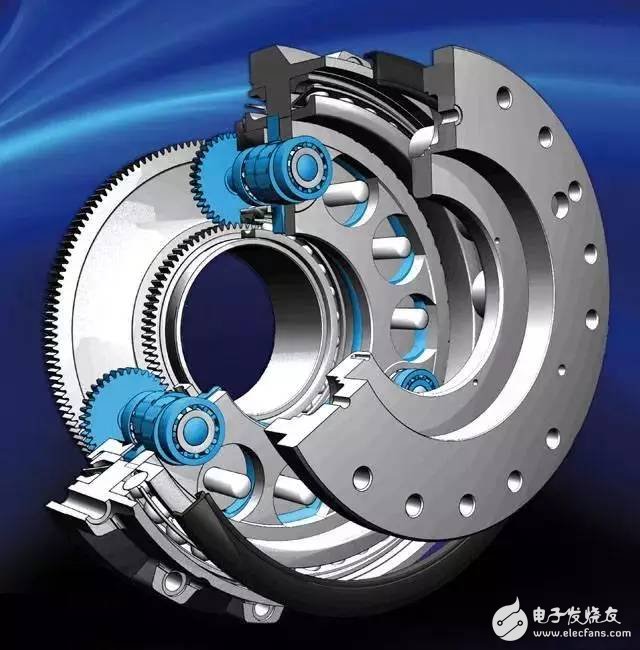 Netizen Wang Zhe once tried the RV reducer of a well-known brand in China. He said that it can be used, but its noise and heat generation are obviously higher than that of the imported brand Nabtesco. The mechanical knows that noise and noise occur. Fever means that some of the gears are poorly meshed, have excessive friction and wear, have internal stress, and the machine does not work under normal conditions, so the mechanical life will not be very long. Later, they improved a few times, but they did not reach the level of Nab. Unlike electrical products, the failure and damage of mechanical components are not immediate, but a time-consuming process, even if it can be used now. No one can guarantee that after three months and six months, whether it will be scrapped due to wear and tear, the cost of recalling or repairing thousands of products at that time will be terrible, so I really don't dare to use it.

Cost: There is not enough production support, equipment amortization cost is high and scary

There is such a joke in the industry:

The financial reporter interviewed the CEO of a speed reducer manufacturer that had just been listed:

"Excuse me, you have raised a few hundred million, what are you going to do?"

"What about the rest?"

The boss looked up and spit a cigarette

This is of course a joke, but it is not just the grinding machine of Megler. All equipment for the production of gearboxes, all managers must participate in a very small batch of equipment amortization, the cost does not come. How expensive is the equipment for processing the gearbox? Taking the Megele surface grinder in the above joke as an example, the outer end surface of the inner hole is ground with a precision of 0.5Î¼ and the positioning is 0.3Î¼. It is said that the processing reaches 1Î¼, and there is a grinding wheel library. The value of RMB is close to 10 million yuan.

Netizen Chandler compared the price of a foreign robot 165kg and a domestic 165kg model reducer.

Chandler also talked about an example he experienced personally: the rear three-axis harmonic reducer of the robot, "the quotation comes from a foreign treasure and a domestic brand, so take the sixth axis, both The price difference is less than 1K, even if I can further negotiate with the domestic reducer brand, according to the calculation of six reducers, the cost savings are only about 6K. This cost advantage is on a robot of 20W or so. Not enough to buy ten get one."

Of course, it is also difficult to attribute all responsibility to reducer manufacturers. The number of domestic robots is several thousand per year, and the number of RV reducers is multiplied by three, and the number is very limited. The allocation to each of the reducer plants is limited but requires unreasonable high investment. The research and development of no one pays the bill, and the average company is really difficult to support.

There are two main types of reducers currently used in the field of robots, one is the RV reducer and the other is the harmonic reducer. In the articulated robot, due to the higher rigidity and rotation accuracy of the RV reducer, the RV reducer is generally placed at a heavy load such as the base, the boom, the shoulder, etc., and the harmonic reducer is placed on the arm. , wrist or hand. For high-precision robot reducers, Japan has an absolute leading edge. At present, 75% of the precision reducers in the global robot industry are monopolized by Japan's Nabtesco and HarmonicDrive (commonly known as RV reducers and harmonic reducers in the industry), including ABB, FANUC, The reducers of international mainstream robot manufacturers such as KUKA are provided by the above two companies. Among them, HarmonicDrive has a 15% market share in the field of industrial robot joints. 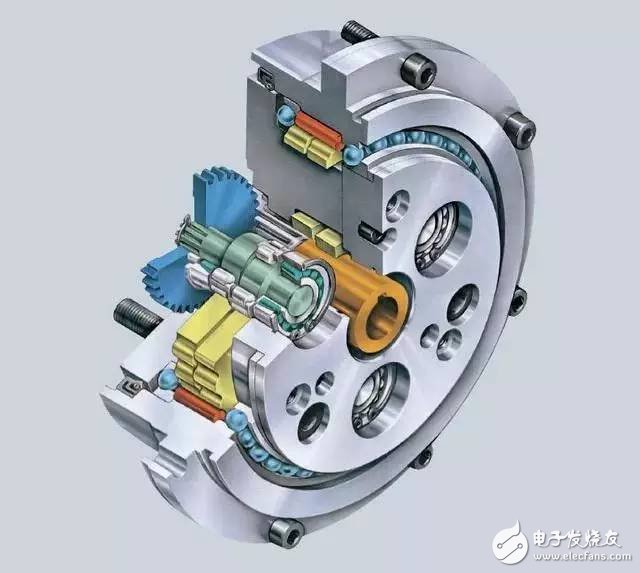 It is worth mentioning that Nabtesco Corporation of Japan has made a substantial breakthrough from the RV design in the early 1980s to the 1986 RV reducer research, which took 6-7 years; and Nantong Zhenkang and Hengfeng, the first domestic results. Thailand also spends 6-8 years; it can be seen that there is no shortcut to technology. In other words, the current development level of domestic RV reducers is still in the late 1980s.

According to unnamed people in the industry, ABB, FANUC, Yaskawa, KUKA and other international mainstream robot manufacturers have provided speed reducers from the above two Japanese companies, and they have very strict cooperation conditions with the two companies. When using these two company products, you can no longer use other products, otherwise the partnership will be lifted.

Nantong Zhenkang's annual output was more than 200 units last year. The products have been tested by many robot manufacturers, including foreign ABB, KUKA, FANUC and domestic Efte, Eston and other enterprises. Among them, Eft has purchased hundreds of RV reducer products after trial.