The HTC Vive and Oculus Rift compatible gameplay "VR Invaders" developed by My.com's in-house studio is a sci-fi shooting game that allows players to delve into the digital virtual world. In "VR Intruder", players will play as intruders. This is a VR rescue organization. The goal is to enter the VR world to rescue users who are "carded" in VR. 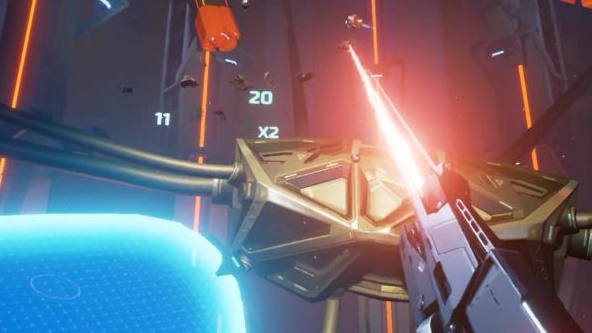 In the process of rescue "card" users, players need to resist the unpredictable drone offensive created by the vicious virus system. The player's burst gun has three fire modes and an energy shield function. There are more than ten different types of drone battle levels in the game, and there is also a BOSS battle at the end of each level. Players will be able to use special abilities, such as slowing down time to effectively help in times of crisis.

This was developed using the Unreal Engine 4 and is now available via Steam VR for HTC Vive and Oculus Rift + Touch users.