Despite the difficulties and challenges of the popularity and explosion of VR devices, it is undeniable that the wave of virtual reality is coming. Recently, the reporter found that the hot VR industry has attracted many players in the video field. Is VR content the next opportunity for video sites? The answer is unquestionable, but where is the opportunity to start from the development of the VR industry.

Virtual Reality is VR (Virtual Reality). In the 1980s, the founder of American VPL company Lanier proposed this concept. Virtual reality technology is a computer simulation system that can create and experience virtual worlds. It uses a computer to generate a simulation environment that immerses users in a system simulation environment of interactive 3D dynamic view and physical behavior fused by such multi-source information. In short, it is through various technical means that you can create an immersive immersive experience, just like entering a fictional "dream".

Last week, CES Asia 2016 opened in Shanghai, which is basically in line with CES in the United States. VR, intelligent robots, autonomous driving and drones became the main theme of CES Asia. Among them, the experience area of â€‹â€‹VR/AR (Virtual Reality/Augmented Reality) and the equipment booth are the most popular areas in the above-mentioned hotspots. Some manufacturers have arranged exciting VR games such as archery, slingshot shooting, and aerial single-wood bridge in the VR experience area. The experiencer can bring the VR helmet and take the game controller to experience the fun of shooting. At the same time, the audience can be on the ULED TV. Watch the battle scene. In the AR Experience Zone, the experiencer can take photos with the beauty of the 100-inch laser cinema TV, and any pose will be presented simultaneously in the laser theater, giving the experiencer an immersive feel.

It is no exaggeration to say that virtual reality (VR) has moved from the initial questioning to the stage of rapid development. In 2016, it became the first year of VR. 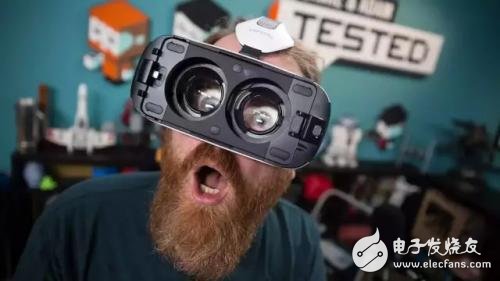 You will find that VR helmets, all-in-ones, VR glasses products, VR content, VR peripheral equipment, VR experience stores... Enthusiastics around this field are full of passion, and the domestic virtual reality market is very hot. According to the data, there were 119 VR-related financings in 2015. At present, there are about 90 virtual reality startups in China. With the entry of the giants and the addition of more and more startups, the VR battlefield has been rolling.

However, when there is a small-scale outbreak of consumer products in the hardware field, the shortage of content areas is highlighted. In the VR investment new track, VR hardware has become a bloody sea, and VR content has only begun to emerge.

As with the Internet TV industry, which is limited by content supply, high-quality content delivery is the key to catalyzing the popularity of VR smart hardware. As the threshold for hardware entry is getting lower and lower, whether it has strong content development and push capabilities directly determines the status of VR enterprises in the entire industry chain and business return prospects.

At the moment, the VR content industry is rapidly evolving and may be a development opportunity for VR content and content platforms in the next two years.

Under such a background, Youku, iQiyi, LeTV and other well-funded domestic video websites have recently announced plans for VR content strategy, and once made â€œVR content developmentâ€ become a new competitive high ground for video websites.

So where is the opportunity for content? Duan Qiqiao, senior vice president of iQiyi, said in an interview that not everything is suitable for VR. At present, what you see is actually the VR of traditional content. Now there are a lot of 360-degree content on many platforms. In fact, that thing does not have the value of appreciation, because many scenes are not suitable for 360-degree scene shooting, such as two people. Meeting on the street, there is no value of VR. At the same time, he believes that VR will reinvent the content.

In other words, content reshaping brings a profitable opportunity to video sites to a certain extent. Because with the rise of the price of large IP, there are only two ways to solve the problem of super IP expenses, one is self-made, and the other is derivatives.

In the past few years, homemade dramas and homemade programs have become the most common cards in the process of video sites. Behind the production of homemade dramas and programs, the video website is in order to get rid of the dependence and restrictions on traditional media and video resources, but the facts also prove that with the changes in the usage habits of the PC and mobile terminals, the video website is in the information channel. It has gained innate advantages, and more and more traditional TV station variety shows record their own network variety shows, which may become a new force to subvert traditional TV stations. Last year, LeTV's self-produced drama "Prince's Promotion" has also proved that self-made content is a great tool for video websites.

Therefore, domestic enterprises have not only gained confidence in the high content of the VR industry, but also have a strong momentum. Gu Yongzhen, chairman of the Group, is optimistic about the prospects for the commercialization of VR content in the future. He believes that scarce and high-quality content users will be willing to pay.

Overnight, video sites began to lay out VR, and a lot of resources and funds invested in the VR field will inevitably promote the prosperity of content production companies. Although virtual reality is still a future concept for the public, we seem to be able to see the birth of high-quality content to drive the popularity of more VR devices.