Fraudulent messages are varied and people are tired of it. The pseudo base station is one of its core sources, and it can be said that Oscar best pretenders. The latest upgraded version of the "backpacker" makes it easy for fraudsters to walk around the streets and send fraudulent messages.

The Tencent Anti-fraud Laboratory is a research laboratory established by Tencent specifically for user telecom fraud. Li Xuyang, the head of laboratory technology, said in an interview with Lei Fengwang (searching for the "Lei Feng Net" public number) that the laboratory did not have much profit, and everyone was working with the belief that there is no thief in the world.

Yesterday, Tencent, together with the Ministry of Public Security, issued the launching ceremony of cracking down on the governance of the Cyber â€‹â€‹Crime Prevention and Control Center and the Kirin anti-pseudo-action campaign. The Kirin anti-counterfeiting base station system is a system newly launched by the anti-fraud laboratory, which accurately locates the pseudo base stations and assists the public security department in conducting telecommunication fraud attacks. 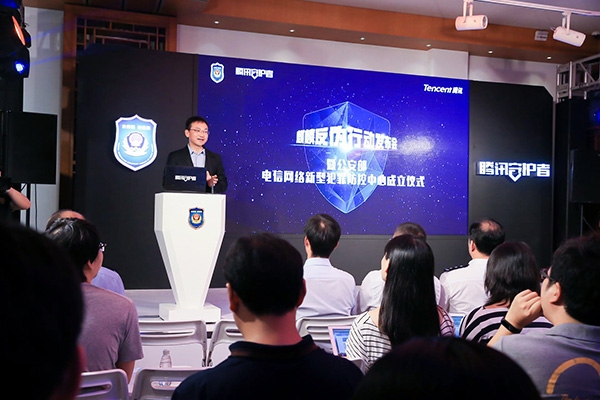 According to Yang Dong, director of the Beijing Municipal Bureau of Criminal Investigation, compared with traditional crimes, there are no crime scenes for telecom fraud, and it is difficult to find evidence for arrest when the arrest operation is carried out.

In the live demonstration, the interface of the unicorn system is very simple. The pseudo base station and location latitude are clearly displayed by using the map. It can be seen that the pseudo base station aggregates the propagation area and the real-time motion trajectory. When the police are ready to implement the arrest plan, the unicorn system can send the fraudster's coordinates to the nearby police officers at any time, and the police officers can follow up on the red spots on the map to accurately capture.

In an interview after the meeting, Li Xuyang confidently told everyone that Tencent's mobile phone steward has the largest number of users in the country. This is not our own blow. It is third-party data. As for the effectiveness and role of the unicorn system, it is also a matter of â€œinquiring about the packageâ€. There are friends who work in the public security organs and can ask whether it is â€œusefulâ€.

Immediately when there were friends in the media, they said that they did find that there were fewer recent fraudulent messages. However, the unicorn system can only be used in some first-tier cities, and the promotion of second and third-tier cities may take some time.