According to SONY, the head-mounted display uses two 0.7-inch OLED panels with a resolution of up to 720P, which not only supports 3D visual effects, but also gives users the same 750-inch screen as the cinema. It is also because of the use of two panels to bring a separate picture to the user, and an unparalleled visual experience. This head-mounted 3D display also features surround sound support for analog 5.1-channel surround sound. In addition, the head-mounted display has two processor units for connecting the HDMI interface of the TV, game console, and Blu-ray player. In order to achieve better 3D visual effects, the head-mounted display adopts "dual-panel 3D technology". . Because the left and right eyes of the person receive two images at different angles for the focus, the human eye will produce a stereoscopic visual effect. The traditional 3D reality method is to display the left and right eye images on the screen at the same time. The left and right pictures are separated by the glasses or the naked eye + screen surface raster and transmitted to the eyes of the audience, so the 3D effect is not perfect. This head-mounted display will display different images directly in the left and right eyes for a more realistic 3D effect. The head-mounted display is said to weigh 420g, which is equivalent to the weight of an IPAD. From the shape, it can be seen that Sony has put a lot of effort on how to stabilize the 420g thing on the head. The words are not ideal. There is a strong sense of oppression for long time watching, plus no focus adjustment function, not suitable for myopia friends. At present, this head-mounted display has been pre-sold in SONY China official website, the pre-sale price is 5999 yuan. 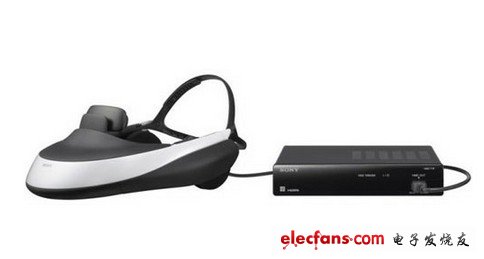 In fact, this futuristic optical machine is not unique to Toyo. As early as before SONY, the domestic 3D head-mounted display has already appeared in the market at the beginning of last year. Compared with SONY's high price and pet-like body, it is expected. Liaobu, the MAX Sight HD920 from Shanghai Ai Shidai is more intimate and practical.

The two core components of the Max SightHD920 consist of a 3D head-mounted display and a multimedia player.

Conciseness can often give people a sense of the future. The MAX Sight HD920 has a very good design. From the appearance, Max Sight is a very cool sunglasses, which is thin and skinny, streamlined and contoured, and on both sides of the temple. The silver-coated finish is technically pleasing and looks very much like the props that often appear in sci-fi movies. People can't help but think of the cool form of Kevinu Reeves in The Matrix. The MAX Sight HD920 has a long nose bridge design that is flexible and comfortable to fit into different shapes of the nose bridge. In addition, after the glasses are taken up, a certain space can be maintained between the eyes and the lens. For users with myopia glasses, they do not have to take off the myopia glasses to watch. At present, the price of MAX Sight HD920 is less than 3000, which is a good choice for digital hipsters and business and friends. 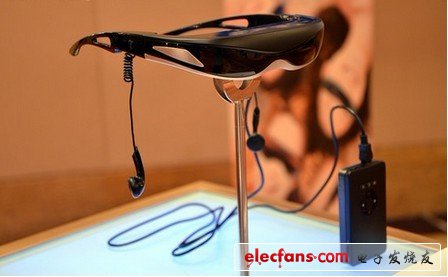 From the perspective of image quality, Max Sight still has a lot of room for improvement. Max Sight's physical resolution is 640 & TImes; 480, can support playback of 720P HD video, viewing area is equivalent to 80-inch large screen, this resolution may be insufficient for professional players, but in terms of experience, the picture The effect is still quite good, especially when watching 3D video, perhaps the visual impact of the stereoscopic effect has obscured the attention to the details of the picture itself. Recently, Ai Shidai will launch new products that can be connected to a variety of electronic products based on the functions of independent playback and storage provided by the HD920. For example, connecting smartphones such as iPhones, e-books, MP4s, handheld game consoles, etc., upgrade these mobile electronic products, so that these popular electronic products have a large screen, while presenting an immersive 3D stereo effect. Compared with the volume and weight of SONY HMZ, I believe this is the direction of the future development of 3D head-mounted displays.