What is the synergy effect of smart city + Internet of Things? The urban project in the United States gives the answer. The potential of the Internet of Things (IoT) in smart cities is being watched by countries around the world; however, US government experts who are helping to generate a new generation of smart city-related programs believe that there is still much room for effort. At the Embedded Systems Conference (ESC) in Silicon Valley, USA, Sokwoo Rhee, deputy director of network entity systems at the National Institute of Science and Technology (NIST), said: "Smart City is investing in R&D and There is still a big gap between the actual business cases.â€ Rhee revealed that a meeting of officials from major cities in the United States and industry players will be held in November to discuss the system plan after 2016; this is the US â€œSmart Americaâ€ The third phase of the Challenge project. 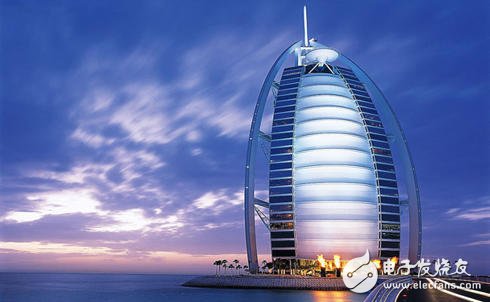 â€œOur main goal is not to find faster networks or lower power chips. We hope that people can create a system that creates jobs and business opportunities to revitalize the economy and save people's livelihood;â€ Rhee also founded an early IoT innovation. The founder of the company Millennial Networks: "The problem is not when to design a chip or network communication protocol." Rhee said that the United States has so far assisted at least 50 cities around the world, and 250 companies have spawned 64 smart cities. Related projects; cooperation is a key in this application area.

â€œA city will face the situation of being in place as the new mayor takes office and the new smart city strategy. This is because of the lack of coordination and interoperability mechanisms, and no one enjoys economies of scale;â€ Rhee Point out: "To make this piece bigger, we must find a way to replicate the solution." Rhee cited several NIST-assisted projects, such as the Aribo plan; this plan was created for the military and transported on the battlefield. Based on the autonomous vehicles of the soldiers, construction will begin in London this year, and the self-driving vehicles will assist the reception of silver-haired citizens to the bus stops. In addition, Qualcomm and Honda are developing a vehicle-to-Pedestrian communication system, which will also be built in London first, allowing vehicles to warn pedestrians at the intersections that are distracted by slip phones, delaying only 10 milliseconds (millisecon), starting with Wi-Fi. Another project, supported by Boeing and NaTIonal Instruments, will use drones to create temporary Wi-Fi networks in the event of a disaster or cellular network. In addition, Intel is helping air quality sensors in San Jose, Silicon Valley, to monitor traffic flow and pollution.