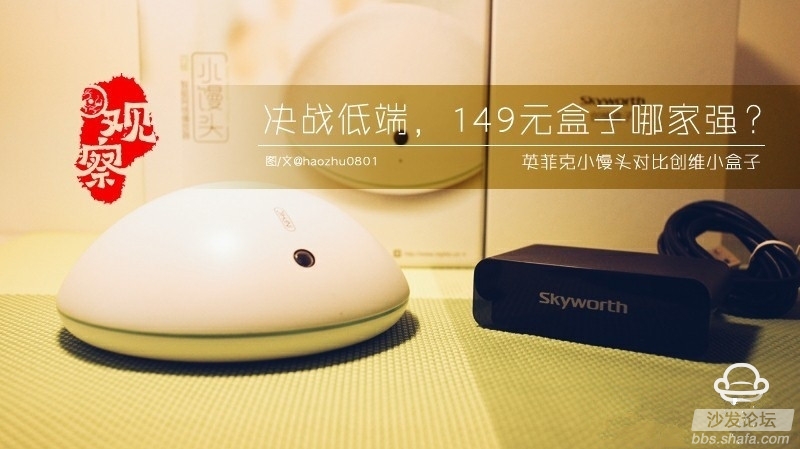 Last month, Skyworth launched a new generation of smart TV box products - Skyworth small box, regardless of the name or positioning point of view, it seems that the sword refers to the millet, the intention is to break the mini size of the millet box "dominant" status. Only Skyworth's small box turned out to appear to have not hurt millet, but on the contrary, it made many entry-level products lay the gun for no reason, and its starting price of 149 yuan, in the end who should be changed? Coincidentally, at the same time, Infineon, which has been winning the market with low prices and high sales, has also launched their Infiniti i5 Premium Edition, which is also priced at 149 yuan! Whether the low price can win the market, how about the 149 yuan box? Which is stronger? Take the question into today's observation.

Since the launch began, Jing Chen S805 has almost swept through the low-end market of smart TV boxes. It has become the CPU of choice for entry-level boxes. No exception, no matter Skyworth Small Box or Infik Little Girl, it has also chosen this. A5 quad-core 1.5GHz processor, support H.265 hard solution, the same master, but also to run the two products are very close. Of course, at the same time of commonalization, the two products also have some individual differences. In the memory combination, Skyworth small box uses the 1G/4G program, while the Infinik small girl is even more bizarre, using 512m/8G. With, in addition Skyworth small box uses Broadcom WIFI module, so that only the wireless connection of it, the signal is more stable. 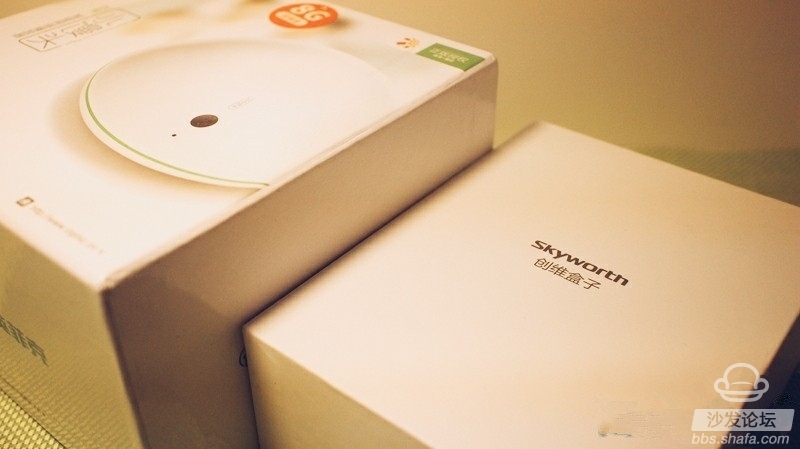 Interface, Skyworth small box is limited by the body, so obviously have to lose a lot, and Xiaomi small box, leaving only the HDMI interface, relatively speaking, a small girl on the rich, TF card slot, micro usb, let it The scalability is better. However, as a whole, the configurations of the two are similar, and all belong to the entry-level configuration, which is just enough. 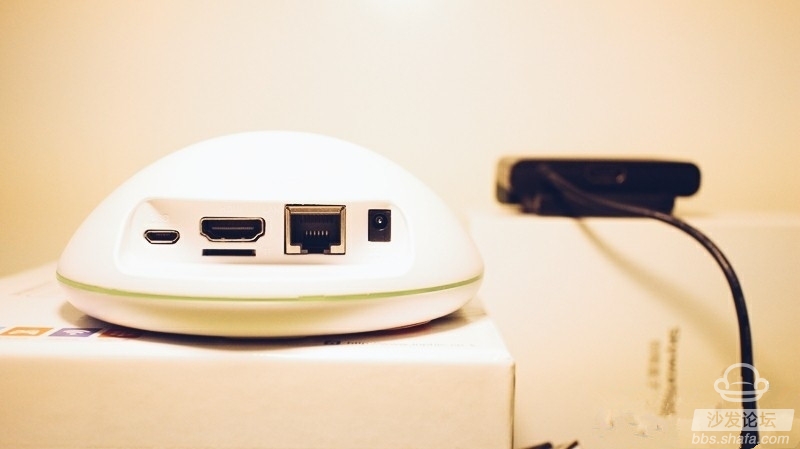 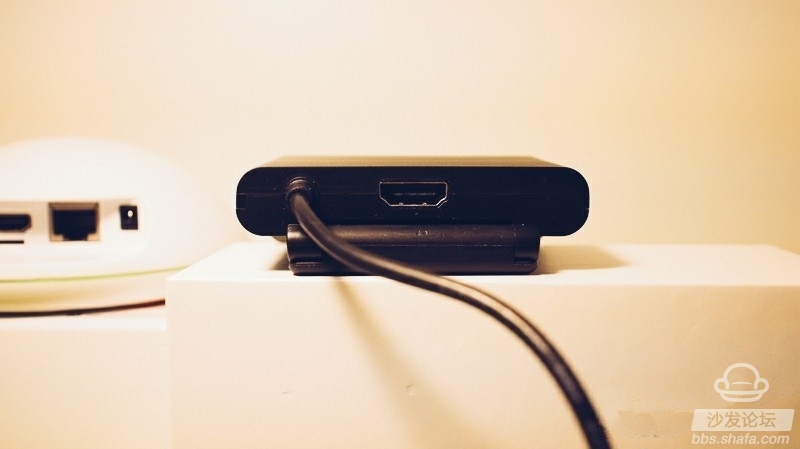 In terms of shape design, Skyworth's small box is clearly more groundbreaking, using a 764527mm mini size, but still belongs to the Founder style, power supply equipment to abandon the traditional box power supply, using USB power, so dragging a long tail. In fact, in contrast, the little girl does not seem much, and the use of steamed shape it appears more rounded, matte processing also makes feel better. 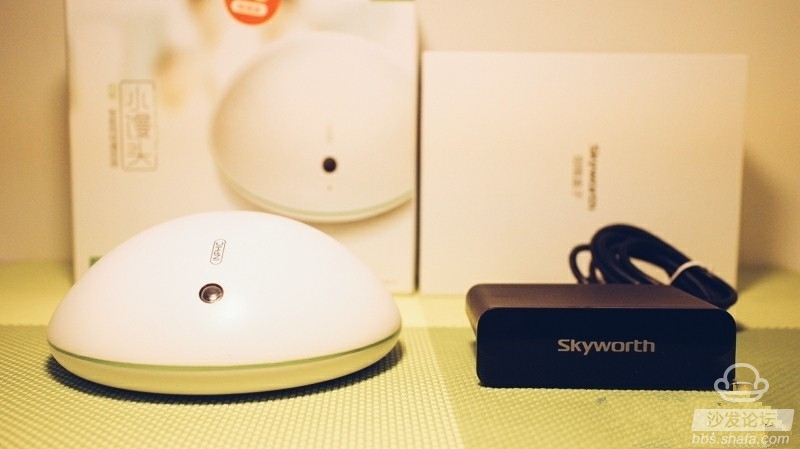 Skyworth's small box uses a unique suspended hidden design, which makes it high on the top of the TV, the advantage is that the remote control is more sensitive, because this position is almost impossible to appear any shelter. The Infinik little girl is based on tradition, but continues the wall design and is also very intimate. 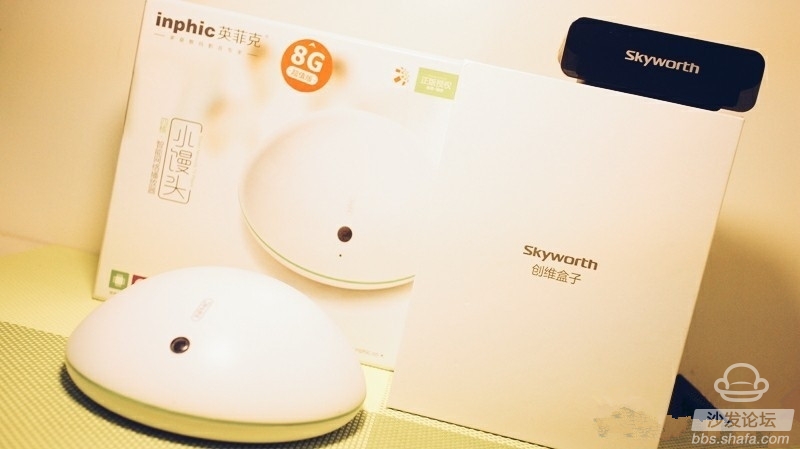 In the remote control section, Infinik uses the public mode. The private mode used by Skyworth, with the exception of the face value, is the functional difference. Despite being a male model, Infinik uses a learning-type 31-key remote controller, which is more comprehensive and personally feels practical. The private mode of Skyworth is still a unique shuttle-type 12-button remote control, which is simpler and feels better. Of course, the advantage of the male model remote controller is that it is more convenient to replace it, because it has a wide range of applications and it is easy to find many. 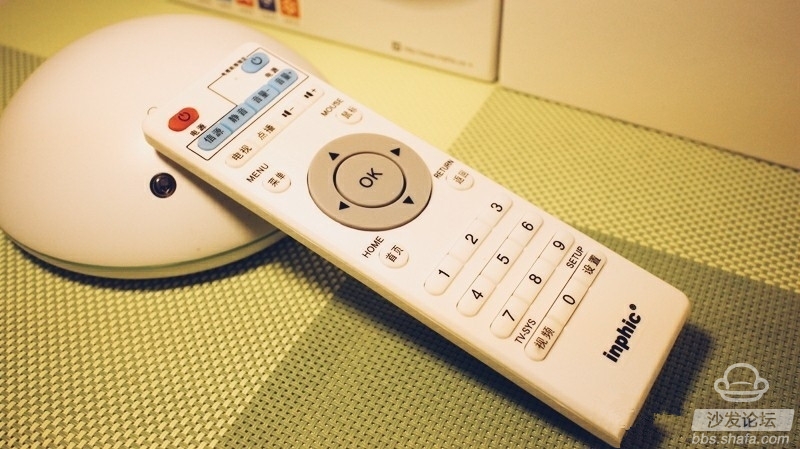 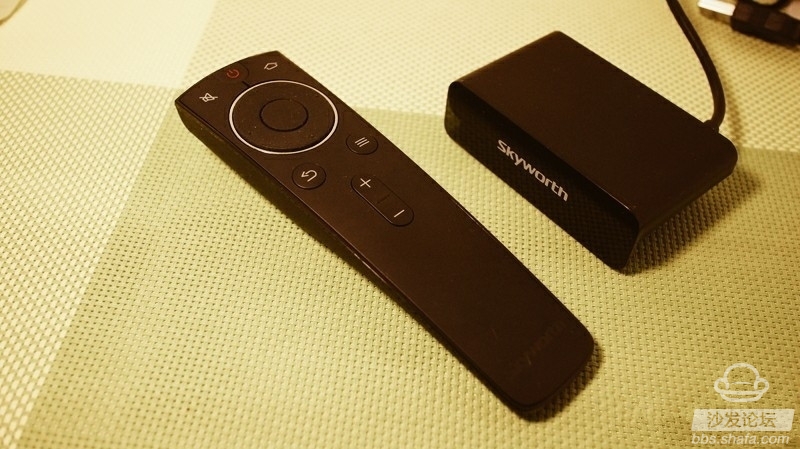 In terms of content, whether it is a small girl or a small box with the support of a licensee, it can be considered as a matter of fact. The difference is that Infik Xiaotou uses the broadcast control platform of Huadian, and the small box of Skyworth uses the GITV (iqiyi). Personally, compared with iQiyi, the number of richness is insignificant. However, iQiyi has a lot of self-made dramas, such as the well-known "Tomb Notes" and so on, may be more in line with the tastes of young people, but under the new ban of the Directorate of the General Administration of the People's Republic of China, it is not yet known how to rectify the content. 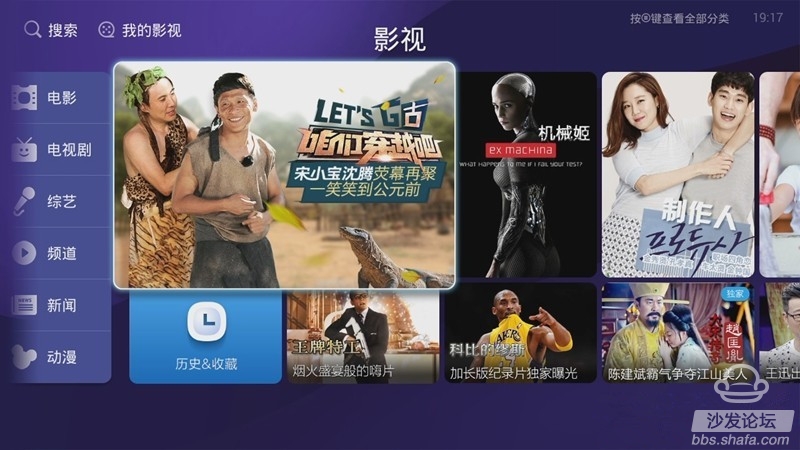 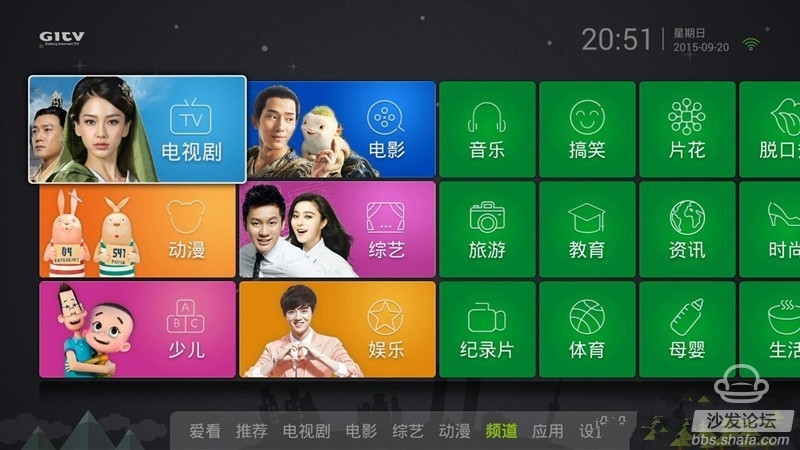 GITV platform
However, at the same time of differentiation, the content of the licensees has a common urine that can not be ignored. That is, fees, whether it is the Tmall Cinema or the GITV, have a lot of charging content, and the charging is often what the user wants to see, so no matter Which one has what you want, the key is whether to charge or not. 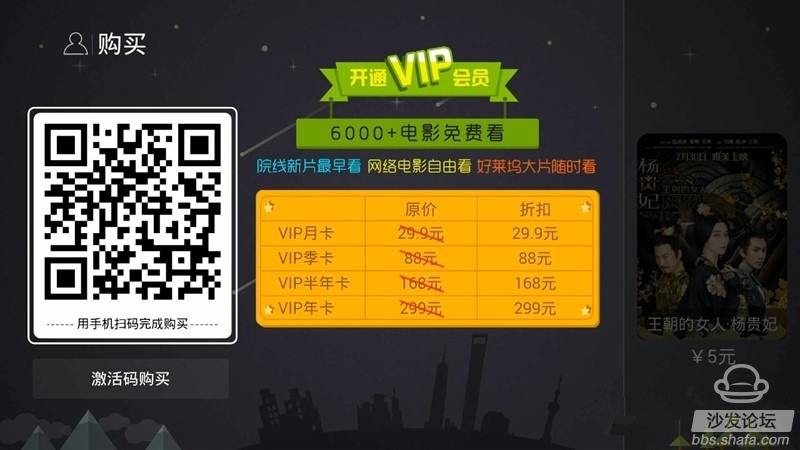 In addition to the contents of the broadcast control platform, the two are also very different in terms of built-in applications. Infinik has built a lot of applications, including aggregation, music, games, and even live broadcasts. Skyworth, in strict accordance with the requirements of the Directorate of General Administration of China, showed turbulent content... but this problem is not significant. The system is still open. Users can install third-party applications. When a third party intervenes, the content is not different. Only the third-party installation of Skyworth's small box is troublesome. Due to the lack of interfaces, and under the influence of policies, Skyworth's small box does not directly open third-party security. Users can enter the engineering mode or use Goku Assistant to help. 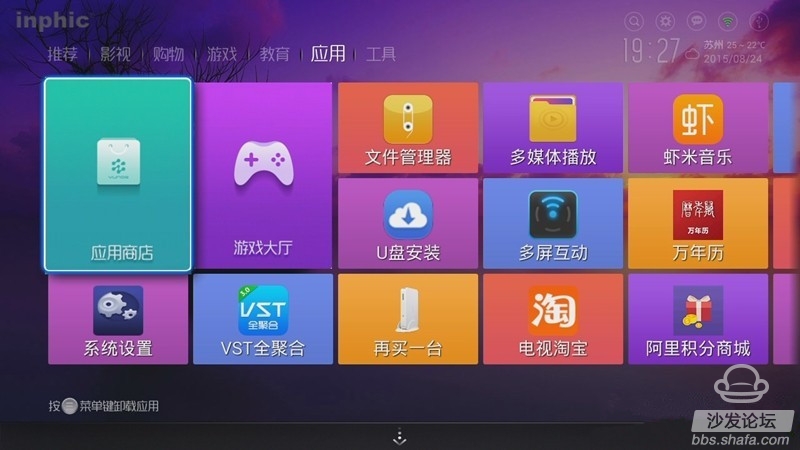 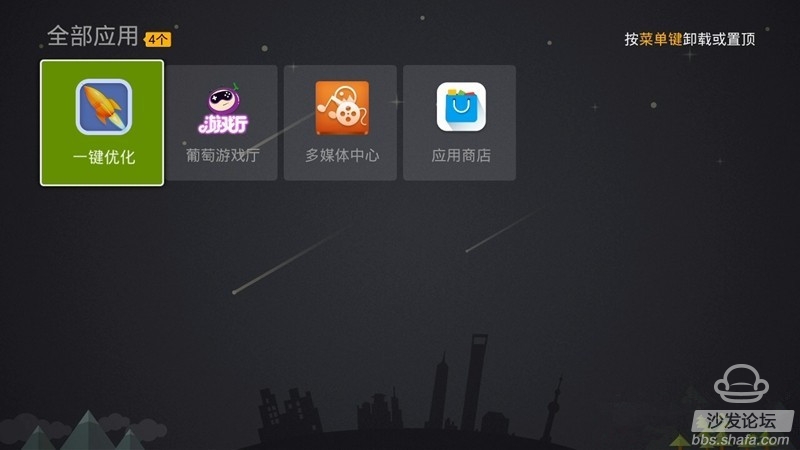 Skyworth built-in
In terms of content, Infine is rich but bloated, but Skyworth is simple but slightly simpler, but relatively open, so users can install or delete according to their own needs. Of course, Infinik is a YUNOS system, so built-in applications More than Skyworth's Skyworth.

Talk about experience: a congenital deficiency, an intention is not enough

The experience itself is a more subjective topic, so it is only a personal opinion. From the point of view of choice, talking about the girl, from the point of view of use, as with all boxes using the YunOS system, the complexity of the content has always been the worst impression the system has left. The UI behind it is lean enough. Well, it's good for young people, but for the elderly or children, such richness will only increase the cost of learning. 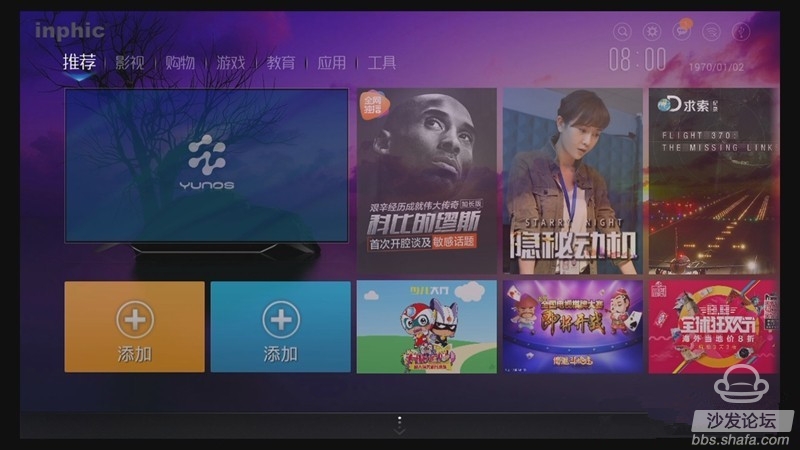 Taobao's TV implants make this system a mixed bag. People who like shopping will find it convenient, and users who have no love will feel a headache because it cannot be deleted. 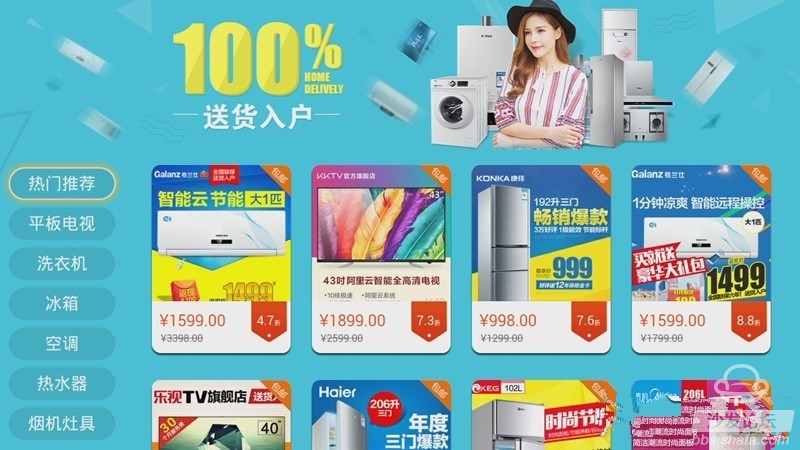 The biggest highlight of the experience is still in mobile phone interaction. It can be said that Ali Mobile Assistant is one of the best mobile assistants at present, and the rich and comprehensive features and customization of the game make it full of sense. 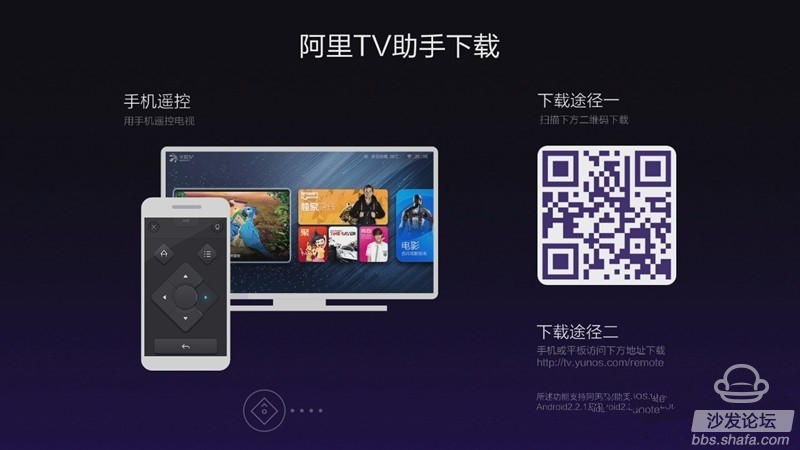 There is no doubt that, in terms of experience, Infik Xiaotou is still congenitally deficient. On the one hand, it comes from the system. The YunOS system is definitely not bad, but it is not really good enough. Failure to give the user enough application options is a serious injury to this system. Too much content also leads to the Caton situation after long-term operation of the YunOS system. . On the other hand, the 512m small memory comes from the small gimmick. The lack of storage makes it impossible for the user to download and install unscrupulously. If the memory usage exceeds 80%, it is not a small injury to the experience. OK, what about the little girl? How about the little box? From the perspective of UI, Skyworth's small box actually does not use Skyworth's Launcher, but directly applies the iQiyi's UI. Although there is not much difference in the presentation of the content, this is not enough to take the heart off, of course. , iQIYI's UI does not seem so good. 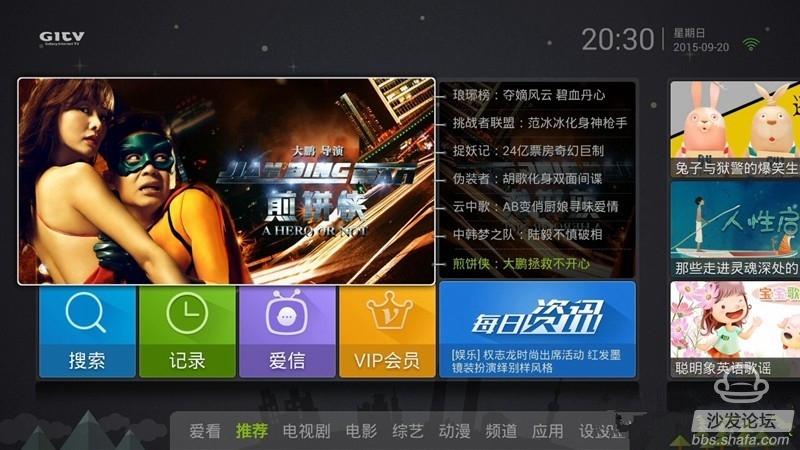 In fact, in fact, online video itself still performs well in small boxes, and the lack of interface short-cuts is a pit for local playback. Local demand can only bypass. Similarly, the difficulty of third-party software installation also reflects the lack of control experience, so the installation of a market is once and for all. The final part is the so-called game part. The consequences of not being able to load peripherals are that they can only play casual games... 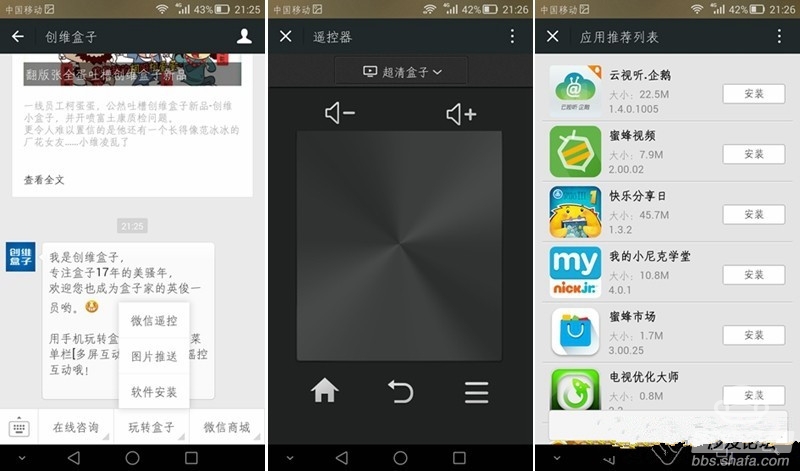 Low prices bring benefits, and it is impossible to reverse the lack of experience, but whether it is a small box or a little girl, it is still a cost-effective choice for users who want to purchase entry-level boxes, if you just substitute traditional ones. Set-top boxes, if you care more about online video, Infinity and Skyworth small boxes can meet you. Contrast with the price point, then the little girl emphasises on the expansion and the configuration of the Skyworth small box is more practical. The price of 149 yuan is indeed too demanding, how to choose, or look at user needs. 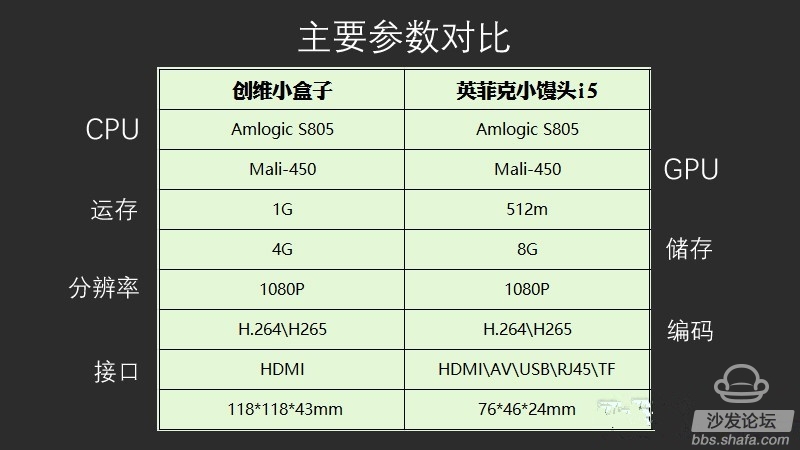 Egg: What is an egg? Skyworth small box mobile phone priced at 139 yuan, while the small gimmick activity price 99 yuan, so look, or good drops.