The wide and expensive broadband in China has become a major obstacle to the development of China's information industry and the lives of its residents. In fact, this issue has been criticized for many years. Five years ago, the Xinhua News Agency commented that â€œthe price of Internet use in developed countries is less than 1% of its income level, while the proportion in China is more than 10%, which is 10% of developed countries. More than doubled.â€ The article also quoted the report issued by the Information Research Department of the National Information Center, saying that â€œIf the income gap is taken into consideration, the per capita national income of South Korea in 2008 is 6.9 times that of China, which means that Chinaâ€™s broadband tariff level is equivalent to that of South Korea. 124 times."
The network fee is not expensive, and the speed is still very slow. â€œFrom the point of view of Chinaâ€™s broadband Internet access speed in 2008, Japanâ€™s speed is 63Mbps and South Korea is 40Mbps, while China has only poor 1.8Mbps.â€

Even now, Chinaâ€™s broadband speed is lower than the average global speed. Not long ago, Premier Li Keqiang even questioned that Chinaâ€™s Internet speed is not as fast as that of some developing countries and the price is high.

The problem has not been solved for many years. In the end, what has caused China's broadband to become more and more wide and wide? 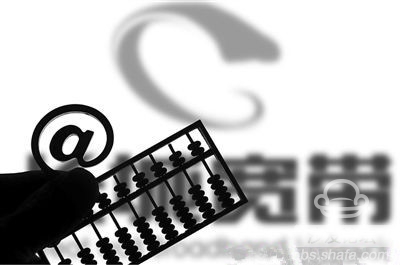 High prices due to insufficient supply

At the end of April, the Ministry of Industry and Information Technology held a news conference at the China New Zealand Office to respond to the fact that Chinaâ€™s broadband is currently expensive and slow.

Wen Kui, director of the Communications Development Department of the Ministry of Industry and Information Technology, said: â€œIn general, the reasons for high tariffs are many. However, according to the laws of market economy, the main reason is the lack of market supply, and 4G investment has not seen benefits.â€

Wen Ku also stated that with regard to the issue of tariffs, the Ministry of Industry and Information Technology has been promoting the decline in telecom rates by promoting telecom tariff reforms and encouraging competition.

In fact, for the past two years, China's telecom tariffs have indeed declined. Taking the first quarter of this year as an example, the total volume of China's telecom services has increased by 22% over the same period. However, the revenue of the corresponding telecommunications business only increased by 2.9%.

In spite of this, due to the high base of tariffs, consumers did not feel a significant decline. â€œThere is still a certain gap between the rate of decline and the expectations of the society and the users.â€ Wen Ku said, â€œ4G has not yet yielded a profit after last yearâ€™s investment. The penetration rate is still further improved compared to the international community. Cost reduction and full competition are also There is room for further promotion."

According to the theory of â€œscale effectâ€ and â€œmarginal costâ€, the greater the amount of users, the lower the cost. With the continuous increase of 4G users in China, the problem of expensive charges is expected to be alleviated to some extent.

As for how to solve the problem of high fees in the short term, Wen Kuo stated that it is necessary to focus on solving the problem of insufficient supply, and the most important thing is to increase input. In recent years, the country has vigorously developed 4G, increased 4G investment, and built all-optical network cities. In terms of fixed broadband, it is necessary to increase the transformation of â€œbright-in copperâ€ and improve the unimpeded ability of the network through technological advancement and reduce the cost of each unit flow packet.

In addition, in the face of industry monopolies that have been criticized by the outside world, the Ministry of Industry and Information Technology has also actively promoted the introduction of private capital into the communications market. Has opened up the virtual mobile resale business and piloted the introduction of private capital in a dozen cities to open the local access business and introduce competition. At present, hundreds of companies have applied for broadband access services.

At the same time, the Ministry of Industry and Information Technology has also joined relevant departments to promote the transformation of old urban communities and access to a number of communications companies, so that users can have more choices. Through the sharing mechanism, reducing the operating costs of communication companies also saves space for price reduction. 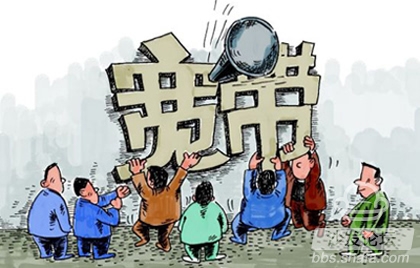 In addition to cost, slow speed is also a major obstacle to China's information development.

At the end of March, Akamai, the worldâ€™s largest content distribution network service provider, published the fourth quarter of 2014 Internet development status report: the average global network speed was 4.5 megabits per second (Mbps), an increase of 20% year-on-year; South Korea was 22.2 megabits/second Ranked first. According to the China Broadband Development Alliance's recent report on the status of China's broadband data in the fourth quarter of 2014, the average broadband download rate in China has risen to 4.25 megabits per second, an increase of over 20%. The above statistics show that the global average speed of the Internet continues to grow steadily, but Chinaâ€™s network speed is still lower than the global average.

This is obviously not commensurate with Chinaâ€™s Internet power status.

As of the end of December 2014, Chinaâ€™s Internet users reached 648 million, and the Internet economy accounted for 7% of GDP, the highest in recent years.

The slow speed of the Internet has always been a problem that the relevant departments of the Ministry of Industry and Information Technology have worked hard to solve.

Miao Miao, Minister of the Ministry of Industry and Information Technology, made clear at the meeting the main objectives of the â€œBroadband Chinaâ€ 2015 special action: First, the ability of broadband networks to achieve a leap. New fiber-to-the-home coverage of 80 million households; new 4G base stations exceeding 600,000; 4G networks covering the county and developed townships; and 14,000 new administrative villages linking broadband. The second is the continuous increase in the scale of popularization and speed. 40 million new FTTH broadband subscribers were added, and 55% of broadband subscribers with access rates of 8 Mbps and above had reached 55%, and the userâ€™s online experience continued to increase. The third is to actively support and service smart manufacturing.

This is the third consecutive year that the Ministry of Industry and Information Technology has implemented a "Broadband China" special campaign. Once these goals are realized, it will greatly increase China's broadband speed.

According to the database, as of the first quarter of this year, the number of Internet users accessing the country reached 204 million, and the proportion of users of fiber to the home reached 38.4%, more than 8 trillion, including 10, 20, 50, and 100 trillion users. It accounts for 46% of broadband users. The national average rate of fixed bandwidth is currently 4.25 trillion, and 14,000 administrative villages in the rural areas have access to broadband. The investment in broadband and communications will reach 430 billion yuan for the entire operating company this year, an increase of 10% compared with last year.

"At the same time, on this basis, relevant companies are encouraged to come up with some tangible measures to solve the problem of 'affordable' networks," Wen Ku said.

However, according to some experts, if the industry monopoly cannot be quickly eliminated and the infrastructure of the communications industry cannot be expedited as soon as possible, it will take time to solve the problem of â€œexpensive tariffs and slow network speedsâ€.

This content is copyrighted exclusively by SofaNet. Welcome manufacturers to further exchanges and cooperation with us to create more in-depth product reports.

A blower motor is the component within a home`s HVAC system. The motor blows heated air through vents when the heating system is in use. Conversely, some Blower Motors blow cold air when the air conditioning system is in use.
There are two main types of blower motors: single-speed motors and variable-speed motors. Single-speed blower motors blow air at one speed. Variable-speed motors adjust their speed to blow air at varying speed levels.
A properly functioning blower motor remains a critical component of your home`s HVAC system. The blow motor is vital in maintaining a comfortable temperature within your home.