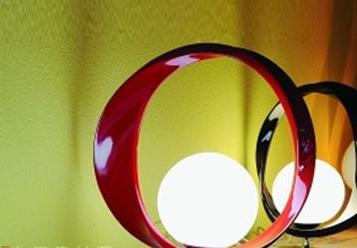 The European Union and the United States have implemented new standards and specifications for lighting fixtures since last year, and export companies must keep abreast of changes and understand the latest standards for production. The implementation of the new standard is both a challenge and an opportunity. In terms of the world trend, traditional light sources will be phased out, and energy-saving lamps and LEDs will be more environmentally friendly and sustainable. At the same time, new products that are more malleable in design and application will be implemented. Become the market leader.

First, since 2012, the European Union has banned all conventional wattage bulbs; second, the United States will phase out most incandescent lamps from January 2012 to January 2014, replacing them with compact fluorescents, light-emitting diodes, etc. Lamps; etc.; Again, at the end of March, South Korea raised the safety standards for LED lamps that can replace straight, tubular, and ring fluorescent lamps.

The new norms of Europe and the United States mean that a large number of traditional lamps and lanterns will be replaced by energy-saving lamps and LEDs. Therefore, the entire industry is optimistic about the prospects of these two products. The new Korean standard involves the safety standards for LED lamps that can replace straight, tubular, and toroidal fluorescent lamps, and specifies the safety and functional requirements of alternative fluorescent lamps for fluorescent lamps. Safety requirements include insulation resistance, dielectric strength, and creepage. Distance, clearance, heat and flame resistance, performance requirements include luminous flux, color temperature and point/extinguish life, etc. Experts believe that it will significantly increase the production cost of enterprises and weaken the competitiveness of foreign products imported into South Korea.

However, data show that in the first quarter of this year, the value of Zhongshan lighting products exported to South Korea was US$1.6 million, of which about 50% were LED lamps, which accounted for relatively small proportions. The new standard has had little impact on Zhongshan lighting exporters.

Rely on independent intellectual property rights to achieve a breakthrough China is the world's largest lighting product processing base, occupying 85% of the global market share of lamps, while Zhongshan Guzhen as a "lighting capital", in the price, style, performance in the international market have certain advantages . After achieving a relatively high level of possession, it is necessary to achieve breakthroughs in quality to gain the commanding heights of the market.

After nearly 30 years of development, lighting companies in Guzhen have become increasingly aware of their brand awareness and intellectual property protection. From the industry to the government, they attach great importance to the establishment of brands and the protection of independent intellectual property rights. The local government not only established â€œZhongshan, China ( The "Lighting Protection Intellectual Property Rights Center" and the "China (Zhongshan) Intellectual Property Rights Protection Assistance Center" also introduced the "Work Program for the Construction of Lighting Intellectual Property Credit System", which used top-notch ideas to achieve outstanding brands. At present, the number of patent applications in the town of Guzhen has exceeded 5,000.

In addition to the enterprises in the ancient town, lighting companies in other areas of Zhongshan also hope to gain a share from the export market. Southern Huadian Lighting Technology Co., Ltd. is one of them.

Huadian, which has always focused on large-scale lighting projects in China, plans to enter European and American markets with standardized products this year. Currently, several new products such as ceiling lamps are undergoing internal certification. The companyâ€™s greatest advantage is its more than 200 patented technologies, all of which originate from its own innovative design and regard intellectual property rights as the greatest asset and the most important development. Su Shirong, general manager of the business, said that the company had previously launched outdoor lighting series to Europe and the United States to test the water, in the merchants get a good response, the next step will be the main push indoor lighting, will also "two legs" walk: First, to promote the use of standardized products to channel sales The second model is to cooperate with local professional engineering and design companies to do the project they are best at.

Although the European and American markets are relatively mature and the market conditions in recent years are not satisfactory, consumers in these countries have higher requirements for quality of life. As a result, the demand for high-end products and spending power are still strong. The potential for innovation and environmental protection products is even greater. Big.