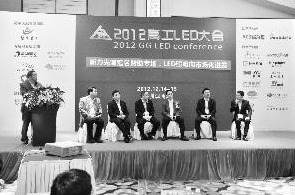 After experiencing investment booms and price cuts, the domestic LED industry is entering the era of meager profits. In the past few years of huge investment, the rapid growth of industry scale, but also brought about excess capacity, LED companies face fierce competition in the survival of the fittest. Many people in the industry believe that the industry may face a cold wave in the short-term, and shuffling is inevitable.

The report shows that in 2011, the total number of domestic MOCVD equipment was 803 units, and in 2012 it reached 917 units, an increase of 114 units. Despite the acceleration of major equipment investment, the output value of domestic chips has only increased by 20% this year, while the price of sapphire has dropped by 35% year-on-year, and the price of LED chips has fallen by 32% year-on-year.

Zhang Xiaofei, CEO of Gaogong LED, said that from the perspective of the entire upstream investment, the growth rate of the epitaxial wafer investment dropped from 46% last year to 10% this year, while the investment growth in downstream applications was 21% last year, and in 2012 it rose to 53%, so the investment focus of the LED industry shifts from upstream to downstream.

Zhang Xiaofei also predicts that there will be less than 30 epitaxial chip companies in the next year, and three domestic MOCVD equipment manufacturers will emerge, but there will be no product sales, the packaging plant will close down 20%, and the downstream display company will close down faster, LED down light The penetration rate of spotlights in the domestic market will exceed 30%, and LED lighting industry sales may reach 1 billion yuan.

Zheng Tiemin, general manager of Shandong Inspur Huaguang Co., Ltd. believes that the price war will go through limited production, production suspension, special production and bankruptcy, mergers and acquisitions, and integration into a complicated process. The remaining companies will gradually move towards the normal development path, along with the product The performance is further improved, the quality is further stabilized, and the price of LED products tends to be reasonable.