With the continuous improvement of LED light efficiency in recent years, the life and reliability of LEDs have received more and more attention from the industry, and it is one of the most important performances of LED products. Every component and link in the manufacture of LED products has an impact on its reliability and longevity. The reliability of solder joints between LED devices and printed circuit boards (PCBs) is critical to ensure the overall reliability of LED luminaires.

This article describes how to use thermal shock testing to analyze the solder joint reliability of Cree XLamp Â® high-power LED devices. It is designed to help Cree users master the application and design considerations of Cree LED devices and improve product development efficiency and quality. .

First, the factors affecting the reliability of solder joints

In the LED application design, several solder joints are very important. As shown in Figure 1, the reliability of the three solder joints is the key to ensuring heat transfer from the LED junction to the heat sink.

This is usually ensured by the LED manufacturer to be complete and reliable, and the following factors should be considered when designing the LED package. 1. Physical properties of LED chips and LED substrates 2. Material selection 3. Solder joint geometry (pad size and shape, placement of pads relative to solder mask) 4. Mechanical properties of bulk solder alloys 5. The nature and structure of the intermetallic compound formed by the point/heat sink interface;

A key feature to consider when soldering LED devices to PCB reliability is the difference in thermal expansion coefficient between the LED device and the PCB material. Changes in operating conditions can result in different forces due to mismatch in expansion coefficients. These forces may be amplified by some mechanical action (such as bending of the LED substrate). For larger package size LEDs soldered on a rigid PCB, the solder joints furthest away from the center of the LED package have the greatest stress due to expansion mismatch. 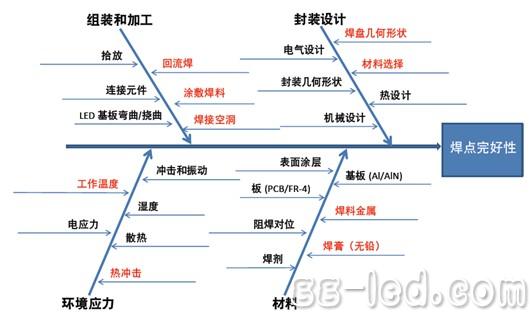 In this study, surface mount technology (SMT) reflow soldering process was used to solder LEDs and PCBs, ie LED reels â†’ screen solder paste onto the test board â†’ pick up LED components and place them on the PCB â†’ reflow soldering. Tested with Cree's four high-power XLamp Â® LEDs, the dimensions of the different packages are shown in Table 1. The MCPCB board used in this study consists of a solder resist layer, a copper circuit layer, a thin thermally conductive insulating layer, and a metal core substrate layer. These layers are laminated and bonded together to form a heat dissipation path. Each LED has 30 LEDs, and the selected MCPCB board can solder ten LEDs, that is, each LED uses three MCPCB boards.

This study used Indium 8.9 Air Reflow No-Clean Solder Paste, which was formulated to accommodate the high temperatures of tin-silver-copper (SAC) lead-free alloy systems. The solder paste composition includes 96.5% tin (Sn), 3.0% silver (Ag), and 0.5% copper (Cu), which are Class 3 metal loads. The formation of reliable solder joints depends on the time and temperature profile of the reflow process, as well as the ability of the molten solder to wet the surface coating quickly and uniformly, and to form a uniform thickness intermetallic layer at the joint interface by interaction. All of these factors directly affect solder joint formation and reliability. Cree recommends a solder joint thickness of approximately 3 mil (75 Î¼m) after reflow soldering. The solder joint thickness can be verified using an optical microscope with a dial.

The equipment used was an MPM Momentum stencil printer for solder paste printing with a thickness of 6 mils and a template frame size of 73.7 cm x 73.7 cm. Using the JUKI FX-3 placement machine, the Heller 1809 MK III convection reflow oven was used during the reflow process. The reflow oven has eight heating zones and one cooling zone. The reflow soldering process parameters are shown in Table 2. The XLamp Â® LEDs used in this study are compatible. JEDEC J-STD-020C standard. More detailed information on Cree XLamp Â® LED patch pick and place operations, soldering and handling, and thermal management is available in the application notes provided on the Cree website.

After reflow soldering, the solder joints were visually inspected and no solder joint defects were observed: solder joints, solder bumps, solder bridges, or component rises. In addition, real-time X-ray imaging is used to inspect the LED package to further evaluate the solder connection quality, to see if there is a break contact, if there is a short circuit between the anode/cathode contact and the heat sink, and the pad and solder cavity Is there any excess solder between them? The study found that less than 30% of the weld voids (ie less than 30% of the solder's ineffective weld zone) is ideal. Welding voids greater than 50% can easily lead to solder joint failure. In this study, Cree chose to analyze solder joint reliability when solder voids were less than 30% and greater than 50%.

Thermal shock testing is one of the fastest growing forms of fatigue life testing and is a type of temperature cycle with a high rate of temperature change. The test is carried out by alternately transporting the tested product at two "chambers" of high temperature (eg 125 Â° C) and low temperature (eg -40 Â° C) for a specified period of time. During the thermal shock test, the solder joints experience a temperature difference of 165 Â° C between high and low extreme temperatures. During the rapid temperature change, there is a large difference in expansion coefficient between different components of the assembled board. Not only does the difference in expansion coefficient cause this gravitational force, but more importantly, the temperature difference between the different components can also cause this stress. Large-area uneven expansion causes large plastic deformation of the solder joint, and the extent is far greater than the deformation that may occur in practical applications, because the temperature change is slow in practical applications. Therefore, the impact test can significantly accelerate the evolution of the failure mechanism, so that potential failure conditions can be induced in a shorter period of time. 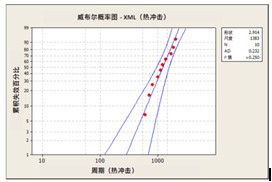 The cross section of the failed solder joint shows the presence of cracks in the solder body on the side of the component. These samples present a typical microstructure of thermomechanical fatigue failure in lead-free solder alloys. In this study, we also used a scanning electron microscope (SEM), energy dispersive X-ray (EDX) analysis, and optical microscopy to examine the solder joint interface to evaluate solder joint integrity and possible fatigue failure modes.

The performance of the solder joint after the thermal shock test is performed by performing a cross section analysis, as shown in FIG. The cross section of the failed solder joint shows that in the four LED devices, the fatigue fracture starts from the edge of the solder. Most of the fatigue cracks are present between the tin and silver particles inside the solder trace body and extend in the highest strain direction to the entire solder length.

Based on the above observations, our conclusion is that the LED device package size has a great influence on the generation of solder joint cracks. The XM-L HVW is the largest LED package size in this study. The XB-D is the smallest LED package size in this study. The voids of both LEDs are less than 30%, but studies have shown that XM- is compared with XB-D. Solder joints below L HVW have the most failure. The solder joint cracks under the larger LED device are continuous, extending from one edge of the solder to the other without interruption. The cross-sectional image shows the appearance of cracks on the component side and the PCB side. However, the degree of crack propagation on the component side is more serious.

Cree will participate in the Guangzhou International Lighting Exhibition on June 9-12, and the Cree booth will be located at Booth B02 in Hall 4.1 of Pazhou Exhibition Hall. More technical support and services are welcome to discuss with Cree's team in detail.

(This article is contributed by Cree)

When the semiconductor diode is turned on, it is equivalent to the switch closing (circuit is turned on), and when it is turned off, it is equivalent to the switch opening (circuit cut), so the diode can be used for switching, and the commonly used model is 1N4148. Since the semiconductor diode has a unidirectional conduction characteristic, the PN junction is turned on under a positive bias, and the resistance in the on state is small, about several tens to several hundreds of ohms; in the reverse bias, it is off. The resistance is very large. Generally, the silicon diode is above 10 Îœ Î©, and the bismuth tube is also several tens of kilo ohms to several hundred kilo ohms. With this feature, the diode will act as a control for the current to turn on or off in the circuit, making it an ideal electronic switch.