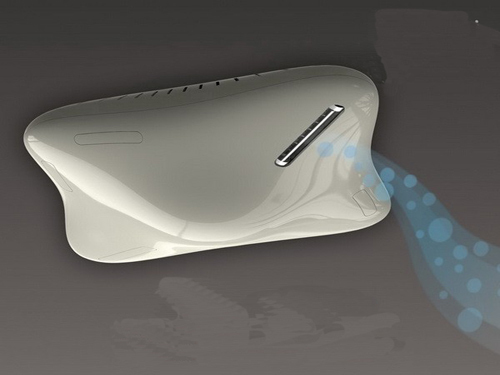 As summer approaches, inventory in the domestic air-conditioning industry is once again climbing. Wu Wenxin, president of Midea Home Air Conditioning Division, recently revealed to Beijing Business Daily that domestic air-conditioning inventory has reached 40 million units, approaching the market's annual sales scale. In this context, some companies try to seize the market through concepts such as intelligence, and industry experts believe that the key to air-conditioning products is basic functions such as cooling and heating, and intelligence is only a development trend, far from the current consumption pain points, and it is beyond the basic The intelligence of the function will be hard to make a difference.

â€œ2015 will be the worst year for domestic air conditioners in the Chinese market in the past decade. The macroeconomic situation is unclear and there are a lot of inventories. The Chinese market needs 50 million to 60 million units, and the current industry inventory has reached 40 million units.â€ Wu Wenxin also expects that the price war in the air-conditioning industry will continue until next year.

Since the Mid-Autumn Festival last year, the â€œprice warâ€ has become a new norm in the air-conditioning industry. During the â€œ11â€ period last year, mainstream air-conditioning manufacturers in markets such as Gree, Haier, Midea, Chigo, Oaks, and Galanz all participated, and even A slogan such as "The first price war in 20 years" was played. However, this price war is not the end, but a start. Last year, the "Double 11", New Year's Day, Spring Festival to this year's "3Â·15", "4.18" and so on, the air-conditioning industry has staged various promotions almost every month. .

In the face of this industry situation, Wu Wenxin said that the United States will not face up to the price war. The reason is that the price war has a slight increase in the size and share of the brand in the short term, but it will be lost in the long run. U.S. home air conditioners will always adhere to product innovation and technological innovation, and will increase product premium capability through the enhancement of value, so that U.S. air conditioners will not affect product profitability in fierce competition. According to a report from the Beijing Business Daily, the United States will launch the second-generation "one-night low to 1 kWh" new air-conditioner in August this year. "The price war will push the industry to reshuffle, and the strong will be strong, and the relatively weak brand pressure will be great," Wu Wenxin said.

Intelligent into a new hot spot in the industry

Under the pressure of high inventory, how to release market demand and increase sales has become the common purpose of air-conditioning manufacturers, which is one of the reasons for the continuing price war in the air-conditioning industry.

Intelligentization in the color TV industry is popular, making some air-conditioning manufacturers also try to use intelligence to survive the current crisis and achieve expansion. Beijing Business Daily reporter visited the Beijing home appliance chain store also found that now when the promotion staff recommend products to users, in addition to the traditional power size, energy consumption upgrades, cooling and heating functions, the smart function is becoming a killer to attract users. Such as WiFi remote control, automatic upload of monitoring air data for start and stop, body sensing and so on.

The prevalence of smart air conditioners is not only related to the overall intelligent development trend of the home appliance industry, but also closely related to the concept of smart homes. Since the home appliance giants such as Haier and Midea announced their smart home strategy in 2014, after more than a year of development, both the development of technology and the popularity of the market have achieved great results. During this year's Home Fair, Haier and Midea displayed their most advanced smart home solutions, in which the air conditioners were the core components of the air housekeeper.

Air conditioning innovation should be close to the user

Although intelligence is gradually becoming an important symbol of home appliances in the new era, in the eyes of industry experts, for the air conditioner products, the essence of mass consumer demand at this stage is still cooling and heating, followed by energy saving, health, and environmental protection. The product is fashionable and smart. Wu Wenxin also stated that intelligence is the icing on the air conditioner. If one-sided pursuit of intelligence, it will be difficult for the development of the enterprise itself. Intelligence is a direction, but leaving the product itself is not smart.

In the past few years, some innovations in the air-conditioning industry started from the most essential needs of users. Such as the United States, Zhixiu enterprises, while maintaining the original basic functions and service quality, respectively, in response to the actual needs of consumers pain points for innovation. Since 2012, Midea Group has deepened the thinking of transformation and development. The core sign of transformation is to shift to consumer-centric products. It invested more than 10 million yuan to establish a beautiful air experience home, simulate as close to the user's real life and family environment as possible, and thus improve consumer product inspection in all directions. Chigo's new series of air conditioners are also equipped with practical air-conditioning purification functions for the very harsh environment.

Air-conditioning innovation should keep up with user needs. According to Hong Shibin, executive chairman of the China Home Appliances Commercial Association Marketing Committee, there is a fundamental difference between air conditioners and color TVs. The essence of color TV is for entertainment, while air conditioning is to improve the home environment, cooling, heating, and silence. These are the core needs of users.