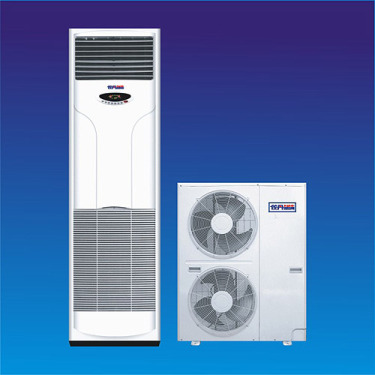 According to data from Zhong Yikang, from January to March, air-conditioning retail sales and retail sales increased by 17.1% and 21.44% respectively year-on-year. At the same time, the brand pattern continues to show the development trend of â€œwithin and outâ€, in which the retail volume of domestic brands and the market share of retail sales have respectively reached 85.64% and 84.07%.

The whole year is expected to open higher and lower

In 2013, the overall air-conditioning market in our country will show a development trend of opening higher and lowering.

GfK analyst Wei Jia said in an interview with reporters that the main reason for the increase in air-conditioning market in the first quarter was that the base figure for the same period last year was too low, coupled with the implementation of the energy-saving benefit-subsidy policy in the second half of 2012, and the short-term rebound in the real estate market. At the same time, it should also be noted that the air-conditioning market has been affected by the withdrawal of policies and the imminent introduction of new national standards, which has weakened the effectiveness of the stimulating factors that drastically increased the market. At the same time, implementation of the five new rules of the new country will also lead to fluctuations in the real estate market. Therefore, he believes that, overall, the air-conditioning market in 2013 will show a trend of opening higher and lowering throughout the year.

At the same time, industry online analyst Soo Xiaofang told reporters that in addition to the overall market will achieve a slight year-on-year growth, the air-conditioning industry's market changes are also reflected in two aspects, first, the company's inventory must be digested; Second, three, four The market potential is still large.

In addition to the above factors, Wei Jia believes that in the long run, the overall demand for the air conditioning market in China still exists. This part of the demand is part of the year-by-year release of demand for rigid home appliances from the baby boomers of the 1980s. The other part is the demand for upgrading the air-conditioned city market. In addition, the number of households with 22 air conditioner products in the rural market is also another potential growth point for the home air conditioner market.

Energy-saving subsidies boost "inside and out"

The three leading companies firmly occupy the leading position in the industry. Compared with the policy exit, the implementation of the new national standard has a greater impact on the brand pattern.

In this regard, Wei Jia told reporters that the main reason for this situation is the promotion of energy-saving subsidies. It is understood that during this subsidy for energy-saving benefits, there are nearly 6,000 successful bidders for fixed-frequency air conditioners, and nearly 3,500 successful bidders for inverter air conditioners. In terms of product energy efficiency structure upgrades, local brands benefit more than foreign brands. At the same time, from the perspective of the competitiveness of domestic air-conditioning companies, Gree, Midea, and Haier, the three major domestic brands, rely on their oligopoly to form a relatively high barrier to competition for the second and third-tier brands in the industry.

According to data from China Excel, in March 2013, the retail sales of the three giants increased by 4.57%, 4.7%, and 1.32% respectively, and the market performed well. Among them, Haier was worth mentioning. From January to March, its retail sales and retail sales increased by 2.82% and 2.18% year-on-year, respectively, which was ahead of the year-on-year growth of the first camp. In this regard, So Xiaofang believes that Haier has done a lot of work on channel integration since last year, and borrowed the advantages of its refrigerators and other products, so that this year's market has achieved greater growth.

The energy-saving subsidy policy that began in June 2012 is coming to an end. Some industry sources said in an interview with reporters that in the short term, the brand pattern will not change much due to the withdrawal of the policy.

Suo Xiaofang believes that the withdrawal of policies has a greater impact on the adjustment of the structure of air-conditioning products. She admitted that, for cost reasons, the market's level 3 energy efficiency products may return. At the same time, Wei Jia also believes that in the first year of the implementation of the policy, companies will almost complete the declaration of products that meet the scope of subsidies, and the company's capacity in different energy efficiency products will vary. After the exit of the policy, the speed of turning around the company is not the same, but the air-conditioning industry is not the first experience of policy subsidies, so the exit of the policy will not have an excessive impact on the existing brand pattern.

Compared with the policy exit, the new national standard that will be implemented in the air-conditioning industry will have a greater impact on the brand structure. In an interview, the reporter learned that because the air-conditioning industry's inventory pressure has always been operating at a high level, coupled with the different production capacity and pressure situation of various companies, in the face of new industry standards, the company's turning speed is not the same. In addition, the air-conditioning industry has a high degree of concentration, and small enterprises differ from leading enterprises in the energy efficiency structure of their products. For some companies with little accumulated frequency technology, the pressure for R&D and production of energy-efficient frequency-converting products is increasing. If these companies cannot grasp the timing and adjust the product structure in a timely manner, it may lead to the risk of delisting.

Online wind cap over the line

In 2013, the diversification and three-dimensional layout of air-conditioning companies are accelerating.

The reporter learned from the interview that currently companies have begun to take a diversified approach to channel exploration, including traditional chains, regional chains, specialty stores, community stores, and online malls. Among them, the development of online channels has been particularly rapid due to frequent promotions of online promotions by major e-commerce companies. According to data from Zhong Yikang, in the first quarter of 2013, sales of white electricity products increased by 284% year-on-year, of which online sales of air-conditioners and sales increased by 97.5% and 102.9% year-on-year, respectively. Traditional way.

It can be said that the reform of the air-conditioning industry triggered by the vigorous development of e-commerce is currently under way, prompting enterprises to accelerate their strategic transformation and seek a new path for the common development of online and offline channels. An industry insider of the home appliance industry told reporters that in the development process of e-commerce, enterprises must face the conflicts and contradictions existing online and offline. Whoever solves them well, whoever will be able to occupy such a complex environment The first opportunity. It is understood that in the past two years, major air-conditioning companies have successively increased investment in online channels. Haier, Midea, Zhigao, and Changhong have all set up e-commerce departments and developed customized products, initially realizing channels and products. Differentiated competition. Such as the blue silk month is a new product developed by the United States specifically for e-commerce channels, due to a higher cost, deeply favored by the e-commerce channel.

Emerging consumer models have promoted the rapid rise of online retail sales and opened new sales channels for air-conditioning products. In an interview, the reporter learned that compared with developed countries in Europe, the current development of online channels in China is only equivalent to its level of three years ago, and the market capacity and growth space are still large. Therefore Wei Jia suggested that in the future, the development mode of enterprises in the channel must be inseparable from the "diversity" word. He suggested that air-conditioning companies should create multi-channel, multi-layered, multi-regional, online and offline market portfolios in the future to maintain the coordination and unity of the region and the whole. At the same time, taking into account the company's control over operational risks, companies should establish a multi-channel model operation system while emphasizing the strategy of differentiation and unification. Among them, differentiation is reflected in product support, sales support, cooperation model, and service support, while unity is reflected in market operations and brand competitiveness.