If you want to use two words to evaluate the current car power lithium battery, the evaluation is two words: the feelings! Not much nonsense, just open the door and see the "hands to see the king." At present, there are three main lithium battery gangs in the mountain of the rivers and lakes, in order: lithium iron phosphate battery, lithium cobalt oxide battery and ternary material battery. With Xiaobian coming to PK, who is better?

The former is more ravaged in the heavens, while the latter two are more ravaged in the island countries and the country. The degree of danger of gang forces depends on the energy density per unit volume. (PS: The lithium battery commonly known as Jianghu is actually a lithium-ion battery. The lithium battery of the root is actually a metal lithium as a negative electrode. It is a battery that cannot be recharged. Because of its high risk, it is rarely used in everyday electronic products. .) 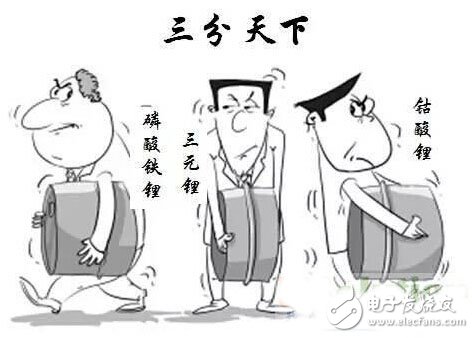 Why do you say lithium battery?

And about high temperature resistance. At present, the peak temperature of lithium iron phosphate can reach 350 Â° C ~ 500 Â° C, the relative safety is better, and lithium manganate and lithium cobalt oxide are only around 200 Â° C. Therefore, lithium cobaltate (the 18650 lithium battery used by Tesla), which currently has the largest market share, has been criticized for its safety hazards.

2, avoid overshoot and over discharge

Lithium-ion batteries in the rivers and lakes, whether they are mixed or not, are very afraid of overcharging and over-discharging. When overcharged, the excessively embedded lithium ions are permanently fixed in the crystal lattice and cannot be released any more, resulting in a short battery life. Over-discharge will cause the electrochemical reaction of lithium ions to be irreversible, and excessive lithium ions may be deintercalated, which may cause the lattice to collapse. Once the discharge voltage is lower than 2.7V, the battery may be scrapped. At the same time, lithium-ion batteries have high requirements for charging, and it requires a precise charging circuit to ensure the safety of charging. The termination charge voltage accuracy tolerance is Â±1% of the rated value (for example, a 4.2V lithium-ion battery with a tolerance of Â±0.042V), and over-voltage charging can cause permanent damage to the lithium-ion battery.

If the lithium-ion battery is charged for too long, the possibility of an explosion will increase. Because the chemical nature of lithium is very active, it is easy to burn. When the battery is charged and discharged, the inside of the battery continues to heat up, and the gas generated during the activation process expands, so that the internal pressure of the battery increases. If the pressure reaches a certain level, if the outer casing is scratched, it will rupture, causing liquid leakage, fire, and even explosion.

At present, most manufacturers have adopted multiple protection mechanisms to prevent the safety problems caused by over-flushing of lithium batteries in the future. One is software protection, which increases the protection circuit through the electronic control system to detect the threshold of the highest and lowest cell voltage, total voltage, temperature, etc. of the battery pack. When these protection thresholds are not exceeded, the output capacity is reported by calculating the power SOC. If it exceeds, the output is cut off to prevent overcharging, overdischarging, overloading, and overheating (as to whether the battery cells, a parallel group, or the entire battery are cut off, depending on the arrangement) The number of control sensors, the more the battery is larger, the higher the cost, most manufacturers tend to cut off the whole, there is a certain hidden danger in the overall cut, which will make the electric car suddenly stall. One is physical protection. By adding blast holes and explosion-proof lines to the battery case, and adding a diaphragm between the positive and negative electrodes of the battery (the diaphragm is currently basically dependent on imports or foreign-made factories in China) to prevent the explosion risk caused by high temperature. Once the vent and diaphragm are activated, the battery will fail permanently.

Since the power battery is a battery pack composed of a plurality of single battery strings connected in parallel, the short circuit or overdischarge of the single battery may affect the output of the overall battery. Therefore, the battery has a barrel effect, and it is difficult to achieve a theoretical value for cycle life and overall performance. Only when the battery performance is highly consistent, the life can be brought close to the level of the single battery. Under the existing conditions, due to the complexity of the raw material process, the control of the process and the process is not fine enough, the automation of the processing equipment is not high enough, the battery produced is not consistent, which affects the battery performance and overall. life.

These three points are the common problems of lithium-ion batteries at present, so the lithium-ion battery is like a small publicity, which makes the "big health" wait for the temper. However, there are also differences in different lithium ion batteries. Let's compare it with a table: 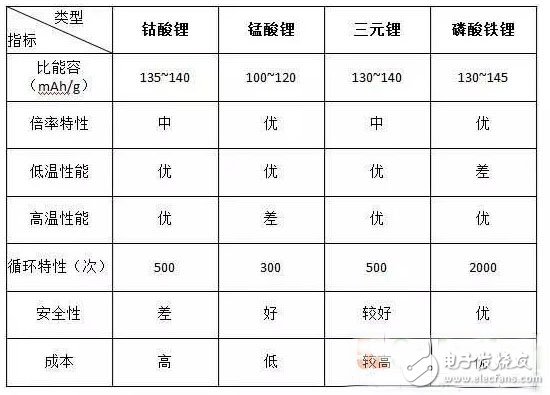 From the table we can see that the current lithium-ion battery has obvious shortcomings in some aspects. Lithium cobaltate has a high share in the commercial power battery field because of its high energy density and small battery volume. However, its high price and safety issues that are not resistant to high temperatures have been criticized. Although lithium iron phosphate has a high number of cycles and a relatively low price, the specific energy capacity is close to the level of lithium cobaltate, but because of its low tap density, large battery size, poor low temperature resistance, and better battery consistency. Poor (low production automation, actual impact on specific energy capacity and cycle life), so it has not been better applied to small passenger cars. For small passenger cars that are sensitive in size and weight, lithium cobalt oxide and ternary lithium are still the first choice.

Say something beyond the two points. What do you mean? After reading, everyone can think for themselves:

The core intellectual property international patents of lithium battery are mostly in the United States, Canada and Japan. The patents are as follows: The core patent of lithium iron phosphate technology is from A123 in the United States (acquired by China Wanxiang after the bankruptcy of A123), Valence and Canada. Phostech has broken the technology market; the ternary lithium battery patent has a US company that has broken the world technology market.

Easy and convenient to cook soft, medium or hard-boiled eggs

Easy To Use & Clean:

Hard lid with a screw and allows for convenient adding flavor etc. 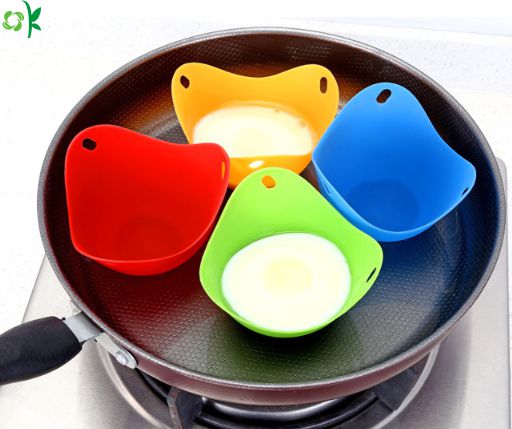 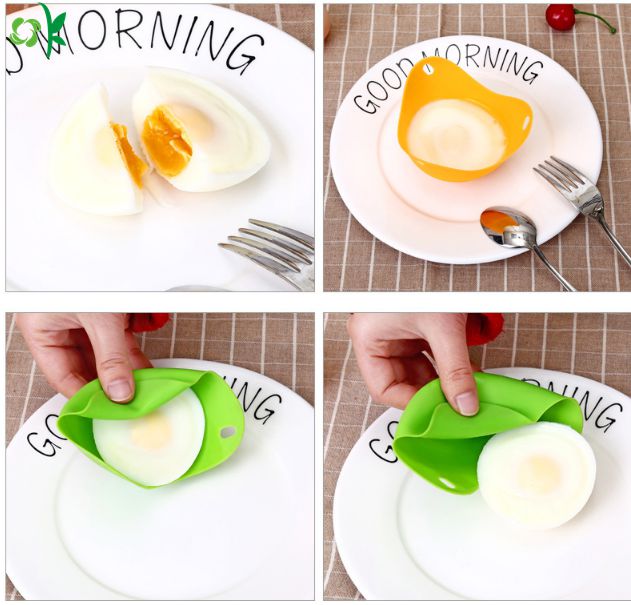 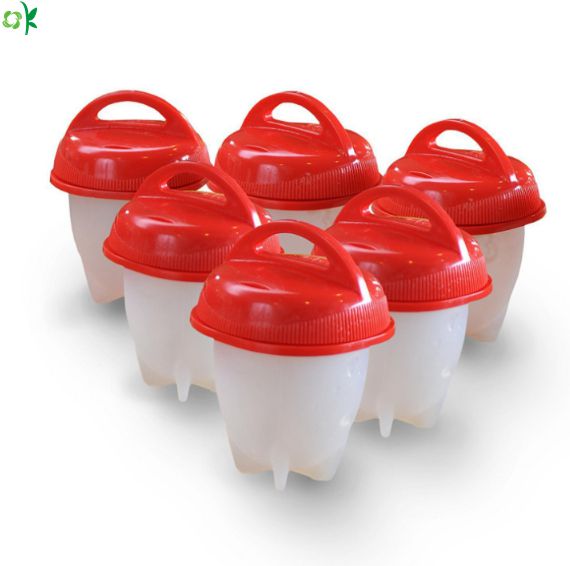 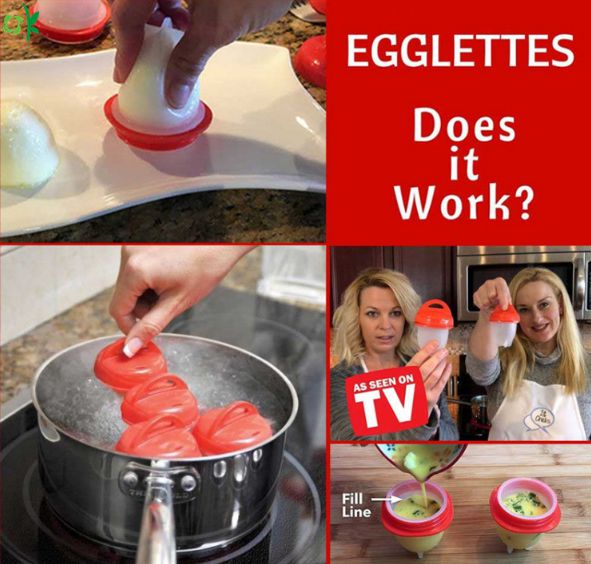